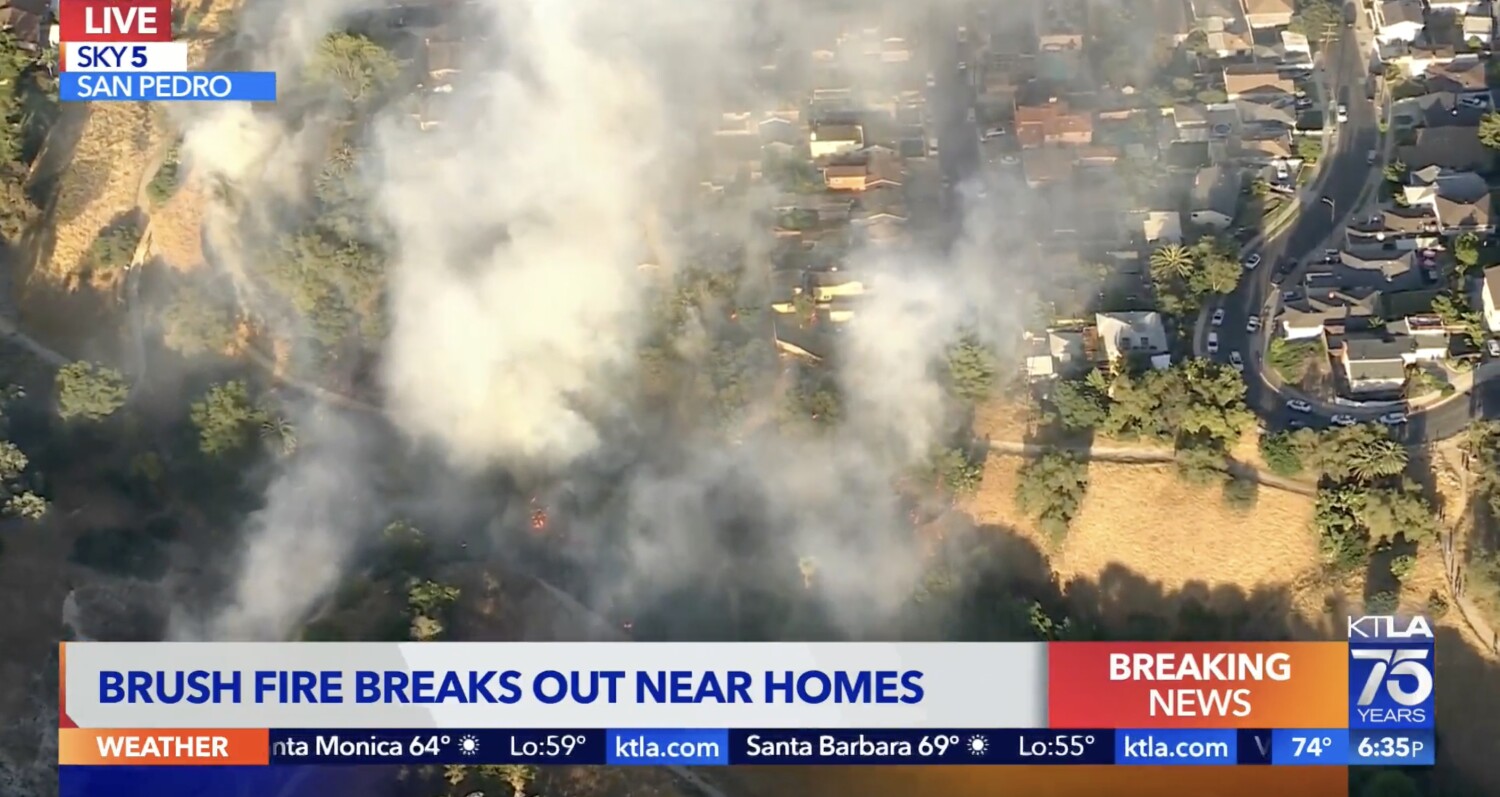 Los Angeles firefighters bought management of a fast-growing brush hearth that broke out Thursday night time in San Pedro in a park close to properties, based on authorities.

Floor and air groups have been referred to as to a 1-acre blaze that began amid medium grass and brush in rugged terrain at Peck Park, 560 North Western Ave., based on a 6:15 p.m. alert by the Los Angeles Fireplace Division.

The park abuts properties and a shopping mall.

Helicopter footage from KTLA-TV Channel 5 confirmed flames and billowing smoke near properties. None gave the impression to be on hearth.

Authorities referred to as a better alarm and extra crews arrived to assist battle the hearth, officers stated. In all, 81 firefighters have been despatched to the scene.

The fireplace grew to 10 acres by the point crews introduced the blaze underneath management, firefighters stated in a 7:45 p.m. replace.

No accidents, want for evacuation or construction harm have been reported, firefighters stated. Floor crews have been anticipated to remain on-site to mop up the hearth via the night time.

Additional data was not accessible Thursday.