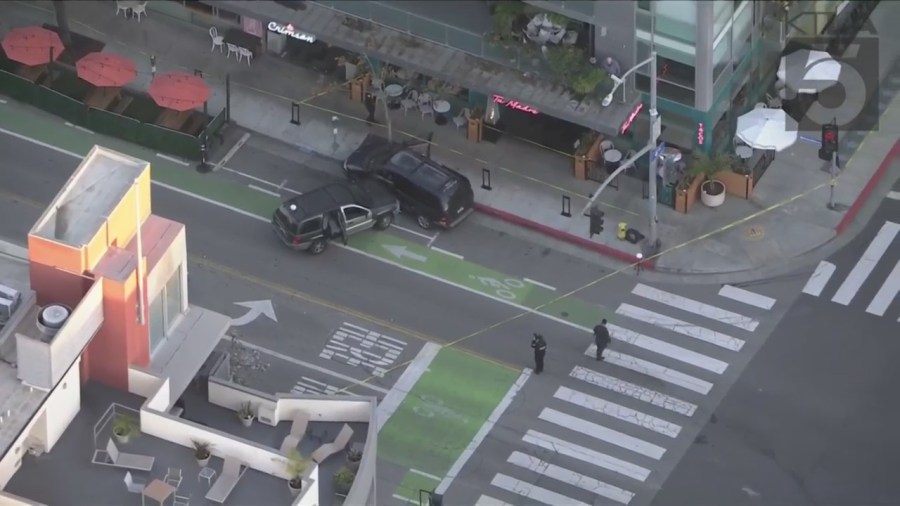 Police in Santa Monica had been investigating a capturing that occurred after a two-vehicle collision Tuesday.

Officers had been flagged down by a person reporting gunfire close to the intersection of 6th Road and Broadway at round 3:42 p.m., authorities with the Santa Monica Police Division stated.

On the location, police found two autos that had been in a collision and one sufferer with a gunshot wound to the shoulder.

Witnesses advised authorities that the driving force of an SUV, who was concerned within the collision, exited the car and shot on the different automotive.

A handgun was recovered on the scene and the shooter was taken into custody.

The sufferer was taken to an area hospital with non-life-threatening accidents.

Police additionally stated the motive is unknown at the moment, however that it seems the 2 people concerned within the incident know each other.

Aerial footage from Sky5 confirmed an lively scene round 6th Road and Broadway whereas authorities examine.